No “business as usual” with Russia anymore

You are here: Home1 / News2 / No “business as usual” with Russia anymore

A public statement by

on Sketch Engine unavailability in Russia and Belarus. 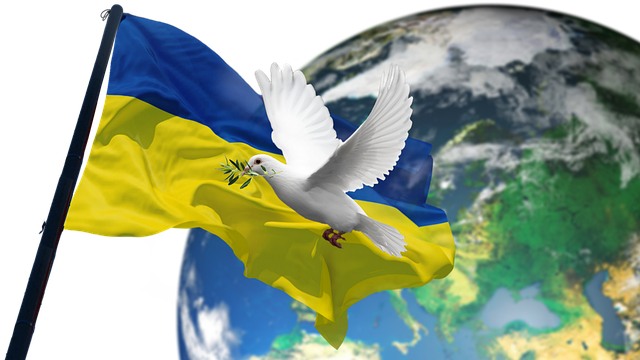 One week ago, I decided to cut off the Russian and Belarusian internet address space from Sketch Engine (and related services) following the Russian invasion of Ukraine. That decision was not easy to take but after one week I am perhaps even more confident it was the right decision than I was back then. While the overall feedback was supportive, we have also been getting all sorts of complaints. This text attempts to respond to the main critical voices:

“this is ethically wrong”

I do not think so. On the contrary: for me, this is the only ethically plausible solution. By operating on a market you legitimate that market and those who are in control of the market. But the Russian market lost its legitimacy one week ago when it became a war machine. Moreover, since most Sketch Engine users are academics, it is state money we would continue taking (directly, or indirectly through users’ salaries). I do not see how we could continue providing services in Russia, take money for it and pretend as if nothing happened. The next day after the invasion we have contributed 250,000 CZK (approx. 10,000 €) to the account of People in Need for humanitarian aid in Ukraine.

I should perhaps also mention that by cutting Russia off, the amount of hacking attempts targeted at our infrastructure dropped by 90%.

“science should not be political”

This, I admit, I find completely ridiculous. Anyone having a job in science, sport or culture and thinking they are apolitical, please have a look at your payroll and where the money is coming from. Have a look at your government’s website how proud the country is of its scientists, athletes or artists? In these areas, you represent your country more than in others, willingly or not.

“but I’m against Putin”

Me too. You are unfortunate in that you live in an economic area that Putin (absolutely) controls and used its gains to initiate an invasion of your neighbouring country, Ukraine, committing atrocities and killing many people equally innocent as you claim to be. All the sanctions punish the guilty ones, the innocent ones as well as those initiating the sanctions, otherwise they would not be effective. We all need to make sacrifices now. If you live in Russia, now is the time when you need to act and do what you can to prevent the otherwise inevitable: Russia becoming the second North Korea, completely isolated from the outside world, completely cut off from any type of collaboration in business, science, culture or sport.

“and you think Putin will stop because of Sketch Engine?”

Surely not. Sketch Engine is not the bread and butter people need for everyday living. But it is the bread and butter for corpus linguistics. It is a high-tech premium product that enables people to take part in state-of-the-art research and science in some fields. Not making it available in Russia constitutes a very, very tiny bit of pressure against ongoing aggression in Ukraine. But I believe that every bit counts.

Many people much more competent to do this than me have been analyzing the current situation, an excellent summary was provided e.g. by Garry Kasparov. I am afraid that, for all kind of reasons (massive propaganda from Putin in the first place of course), many people in Russia are still far from realizing the damage Putin is making to Russia as well as Ukraine. It is now not the time to make business in Russia, collaborate in research and science or compete in sports. It is now not the time to do corpus linguistics in Russia. There is only one task for anyone in Russia: help get rid of Putin by any means you can. This is the task for Russia. The task for the rest of the world is to repent how come we did not see this coming and let it go that far. Equally, when Putin is gone and there is peace again in Europe, it will be our task to help rebuild Ukraine as well as Russia, and I will be happy to think about what Sketch Engine can then do to help the researchers in Ukraine as well as Russia to catch up. But until then, there is “no business as usual” with Russia anymore.

Practically speaking: whether and when Sketch Engine becomes available in Russia no longer depends just on me. Since payments to Russia (both online and offline) are getting unavailable, there is no way to get paid. The EU sanctions list suggests that we may not even be allowed to provide our services in Russia.

The UK prime minister Chamberlain then returned home claiming: a British Prime Minister has returned from Germany bringing peace with honour. I believe it is peace for our time. He was responded by Winston Churchill: You were given the choice between war and dishonour. You chose dishonour, and you will have war. Chamberlain’s naivety only made him an everlasting symbol of appeasement. In March 1939 Hitler invaded the rest of the defenseless Czechoslovakia. In September 1939 he attacked Poland. You know the rest.

Since then, the Czech society has been split about whether we should have defended ourselves even without the help of the UK and France (who we had alliances with). Looking at Ukraine these days, it is hard not to think we should have and that it likely would have had significant influence on the course of WWII. Similarly, the people in Ukraine are now literally fighting for all of us and we should do all what we can to help them. I ask everyone to focus on this in the first place now, regardless of where you are. Slava Ukraini!

“The hottest places in Hell are reserved for those who in time of moral crisis preserve their neutrality.”

“No man is an island, entire of itself; every man is a piece of the continent, a part of the main. If a clod be washed away by the sea, Europe is the less, as well as if a promontory were, as well as if a manor of thy friend’s or of thine own were: any man’s death