You are here: Home1 / News2 / A new Amharic corpus 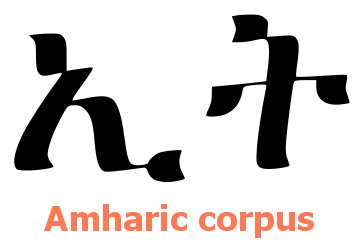 A new 25-million-word Amharic corpus has been added to Sketch Engine.

The Amharic language belongs to Afroasiatic languages of the Semitic branch. The unique function is the possibility to search the corpus in the Ge’ez script (the original script) as well as the transliteration into the Latin script by SERA system.

Amharic corpus in detail
get a Sketch Engine account