You are here: Home1 / BROWN Corpus

The corpus consists of 1 million words (500 samples of 2000+ words each) of running text of edited English prose printed in the United States during the year 1961 and it was revised and amplified in 1979.

This is an extended corpus of the Brown corpus which includes also the Lancaster-Oslo/Bergen Corpus (LOB), Brown’s British English counterpart, as well as Frown and FLOB, the 1990s equivalents of Brown and LOB. The corpus consists of 6 million words in American and British English.

Tools to work with the Brown corpus

A complete set of tools is available to work with the Brown corpus online (without registration) to generate:

The access to the corpus is freely available for research. 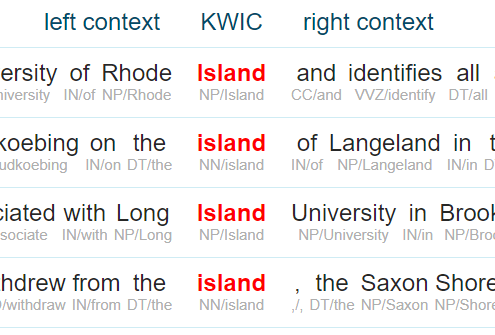