You are here: Home1 / ParlaMint corpora of parliamentary debates

The ParlaMint corpora were created as part of the project ParlaMint financially supported by CLARIN ERIC (European Research Infrastructure Consortium). The project website is available in research infrastructure CLARIN, the corpus data can be accessible from the CLARIN repository.

The original version of corpora is created from a modified CONLL format (a specific format of vertical with a parse tree representing syntactic structures) including a specific format of word sketches generated from this format based on dependency parsing. The Sketch Engine version of corpora is processed by pipelines available for a particular language with a standard format of word sketches. The ParlaMint corpora contain rich metadata with various information about the speaker, speech, time period, etc. The time range of the majority of the parliamentary debates is from 2015 to mid-2020.

Tools to work with the ParlaMint corpora 2.1

A complete set of Sketch Engine tools is available to work with these parliamentary corpora to generate:

The set of tools may vary depending on the particular language.

Sketch Engine offers a range of tools to work with these ParlaMint corpora of parliamentary debates.

Working with the corpus 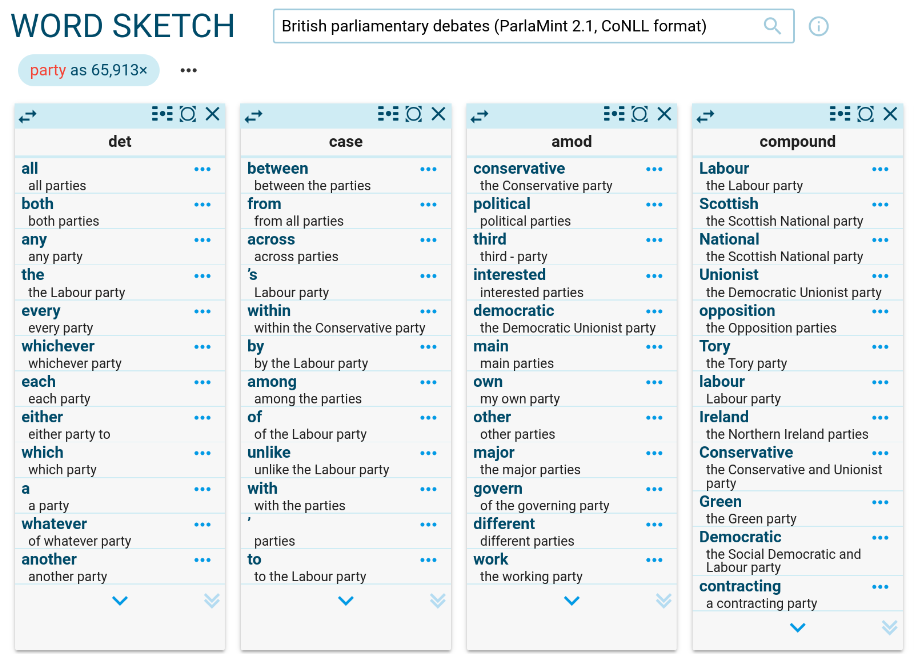 These specific annotations can be also displayed in other tools, e.g. concordance. 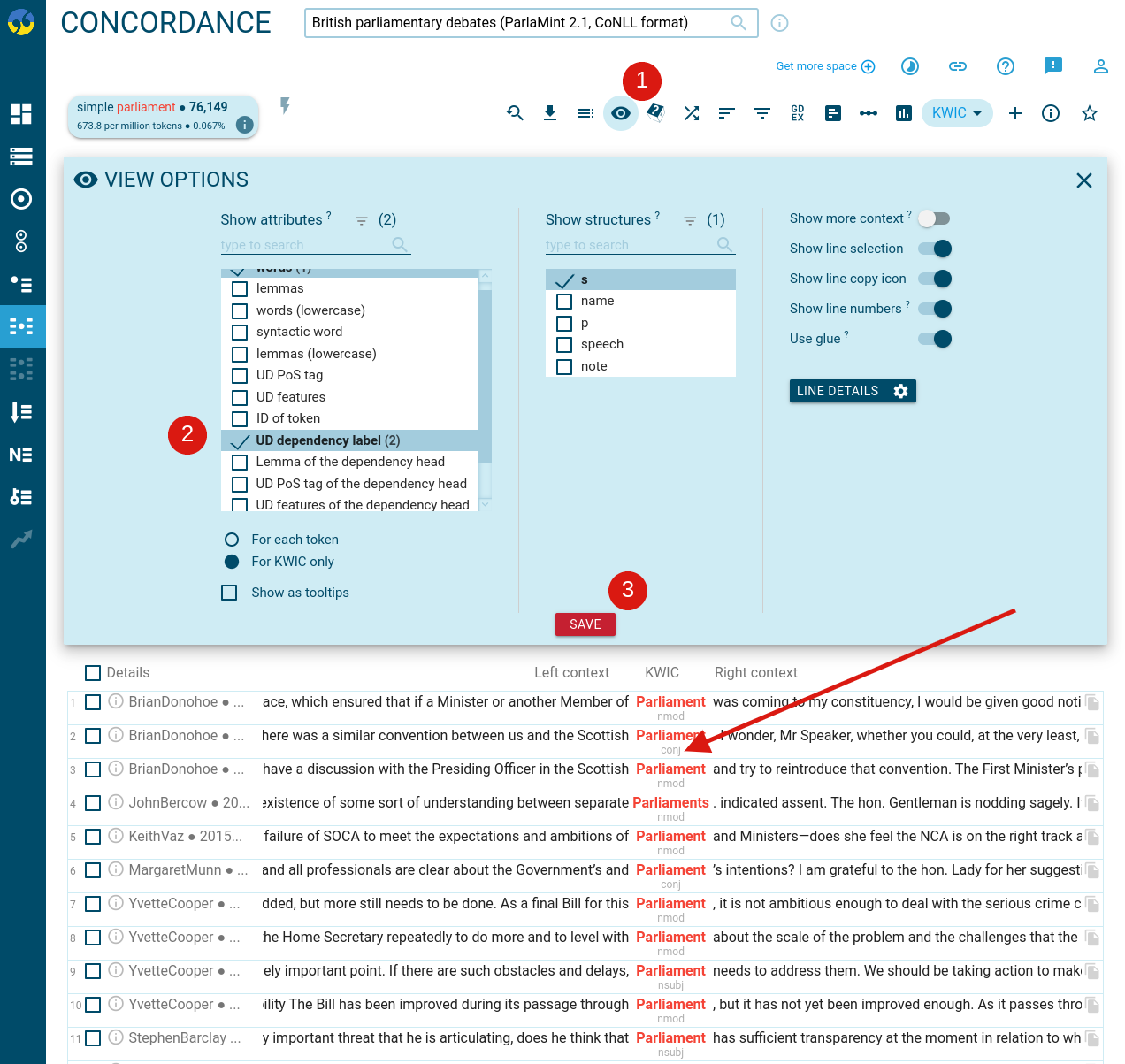