The Spoken BNC2014 corpus contains transcripts of recorded conversations, gathered from the UK public between 2012 and 2016. The conversations were recorded in informal settings and took place among friends and family members. The spoken BNC2014 is composed of 1,251 conversations of 672 speakers. The total size of British National Corpus 2014 spoken is 10.4 million words. The corpus has rich metadata (processed into text types in Sketch Engine) which can be used to restrict the analysis for calculating statistics.

The Spoken BNC2014 was developed in collaboration between Lancaster University and Cambridge University Press. More information can be found on the official website http://corpora.lancs.ac.uk/bnc2014/ and in Love, R., Dembry, C., Hardie, A., Brezina, V., & McEnery, T. (2017). The spoken BNC2014. International Journal of Corpus Linguistics, 22(3), 319-344.

Unlike the corpus on the official website, the Spoken British National Corpus 2014 in Sketch Engine was tagged by TreeTagger using Penn Treebank tagset with Sketch Engine modifications.

Tools to work with the British National corpus 2014

A complete set of tools is available to work with this spoken BNC2014 corpus to generate:

The primary publication for the Spoken BNC2014 whose citation is required is:

Other major publications from the BNC2014 team 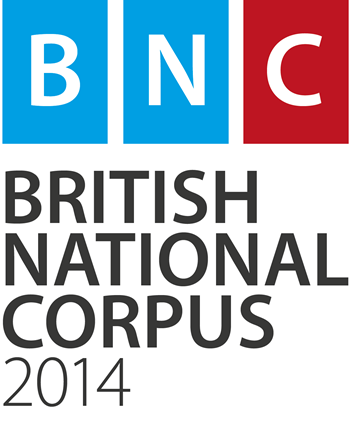 Sketch Engine offers a range of tools to work with this English British National Corpus 2014.