esTenTen – Spanish corpus from the web

You are here: Home1 / esTenTen – Spanish corpus from the web

The Spanish Web corpus (esTenTen) is a text corpus created from the collected internet texts. The corpus belongs to the TenTen corpus family which is a set of the same processed web corpora with the target size 10+ billion words. Sketch Engine currently provides access to TenTen corpora in more than 40 languages.

The corpus contains subcorpora based on the language varieties – European Spanish and American Spanish. Particular Spanish varieties were downloaded from web domains in the respective continents.

A list of Spanish TenTen corpora available in the Sketch Engine database:

See graphs and more information about texts in the Spanish Web corpus 2011. 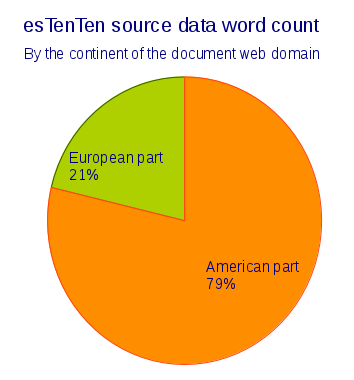 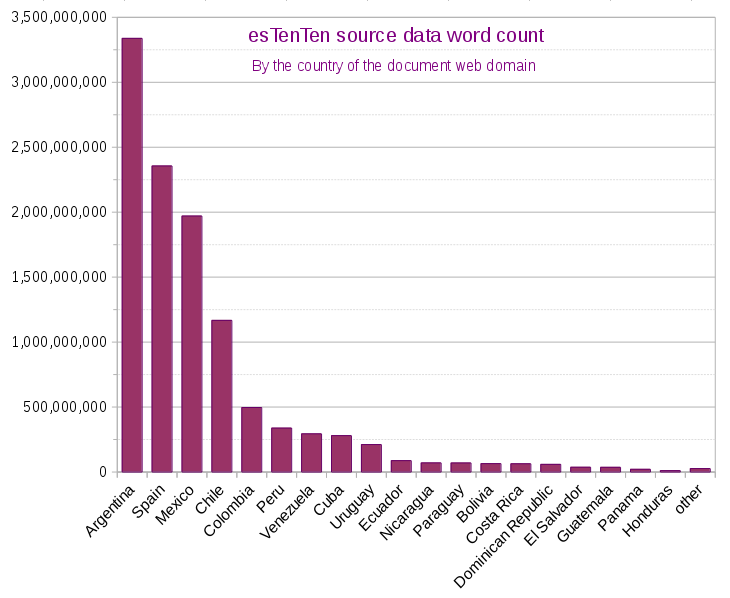 Tools to work with the Spanish corpus

A complete set of tools is available to work with these Spanish corpora from the Web to generate:

Sketch Engine offers a range of tools to work with this Spanish corpus.